Why Porter-Cable Is an Excellent Brand for Power Tools 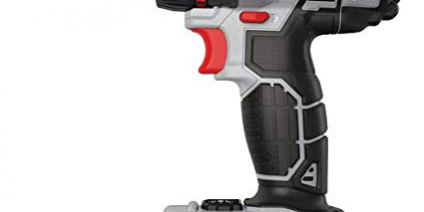 Porter-Cable is an American company more than a century old, which makes power tools. It also makes a lot of other hardware and is consistently featured in lists of the best hardware you can buy. However, is it truly an excellent brand, or a jack of all trades, and master of none?

Porter-Cable has been in business since 1906. It was founded by brothers R.E. Porter and G.G. Porter with their friend F.E. Cable. They operated out of a garage in the beginning in Syracuse, New York. It wasn’t until 1910 that the company began to make merchandise that could be marketed. However, their beginnings were humble.

They began with pencil sharpeners, gas lamps, and an automatic tire pump. Nevertheless, their line of products was successful, and they ventured into power tools, not soon after. They began with lathers, and three years later, they expanded the business by buying a manufacturing plant.

In 1989, they introduced their first orbital sander and continued with the production of tools into the 90s. This was followed by introductions of reciprocating saws and new orbital sanders in the 90s.

Today, the company is owned by Stanley Black & Decker. It is considered to be one of the most influential hardware manufacturers in the US. And it is known to cater to the middle market and the low end of the consumer power tools market.

Porter-Cable tools are usually designed to be lightweight and ergonomic. They usually fit the needs of the consumer population. These include DIYers and home repair enthusiasts/hobbyists. Hence, these tools are designed to be used by beginners and novices.

Porter-Cable has always prided itself on being very affordable. It shifted from consumer to professional tools when it was bought by Pentair. However, since then, they’ve been focusing mainly on the consumer population. This is why their tools are so appealing to the average Joe.

A lot of times, Porter-Cable is mentioned in various best-of lists. They’re mentioned because of their affordability and quality.

Take, for example, their power drills. They’re consistently ranked as some of the best cordless drills for the value.

In fact, ‘consumer reports’ cites that they have one of the best heavy-duty consumer power drills on the market.

The Porter-Cable PCC608LB is described as having top-notch value for the money. It has the ability to drive large fasteners and has great charge and run time. It’s cordless and comes with two batteries so that you can replace one if it runs out. It also includes a three-year warranty which always comes in handy if you’re an avid user.

Porter-Cable air compressors are also very highly rated. ‘Consumer reports’ cites that their CMB15 1.5 Gallon compressor is one of the best value deals on the market. On the same list, it mentions the C2002 WK UMC Pancake Compressor. The two compressors are both rated for low noise production and resistance to overheating. They’re both oil-free as well, which is a quality that boosts durability and relaxes the frequency of maintenance.

Finally, the Porter-Cable PCC790LA has been included in several best-of lists when it comes to nail guns. It is battery-powered and is very ergonomic. It also doesn’t need a compressor, so that you can handle it very easily. It’s cordless, so you can carry it around where ever you need it. A single battery charge gives you about 1300 nail shots.

It also contains multi-functional LED lights that can light up the workspace and leave less room for error. The motor is also designed so that there is consistent firing without nay jams. And the tool-free settings enhance the safety and productivity of the instrument.

Since the brand is so highly ranked in so many different lists, there seems to be consensus on its high quality. However, it’s not without its detractors.

Porter-Cable has had a history of being a consumer targeted tool brand, but that is exactly what holds it back. Since it’s never been a professional power tool brand for very long, it misses the mark. For example, it will always be on many best-of lists, but it will probably never crack the top number. This is because of its compromise when it comes to budget.

Since it always caters to the consumer, it always stops just shy of making something truly high end. Its biggest competitors include DeWalt and Bosch, which both dethrone it in terms of quality. And while the two are definitely competing in different categories, they do clash quite a lot.

Hence, Porter-Cable is held back when it comes to premium products. It would be accurate to say it’s a good brand for consumers, but not a great one for pros.

Porter-Cable is an excellent choice for consumers, but if you’re going for something professional, look elsewhere.