How to Remove a Bolt That Keeps Spinning 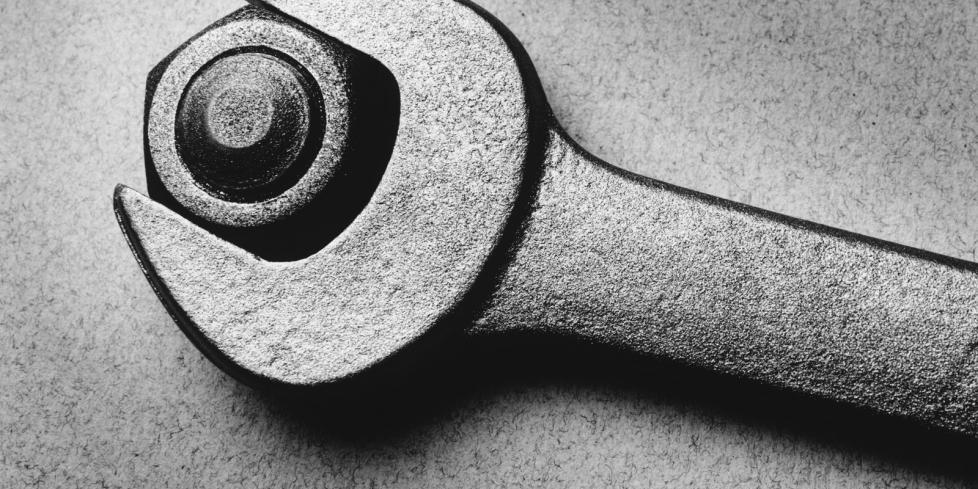 Have you ever had to deal with a bolt that doesn’t tighten or come out? Trying to remove a bolt that keeps spinning can be the most frustrating thing on the planet, especially when it teases you by just staying loose but not coming out.

There are a few handy tips and tricks that you can use to remove a bolt that keeps spinning. Some of these require a little effort and basic items that everyone already probably has. Others need a little fancy equipment that you might need to purchase from hardware stores.

Before we jump into what these methods are, we’d just like to throw in a disclaimer that proper safety measures should be observed at all times to avoid being hit in the eye with a bolt, or accidentally slipping on a loose nut and breaking your front teeth.

How to Remove a Spinning Bolt

If you have a magnet handy in your toolbox, you can use it to attract the spinning screw to force it out of place. This is probably the simplest trick you can try before you bring out the big guns.

It’s no more Mr. Nice Guy. If the bolt keeps spinning in place and refuses to budge, do whatever you need to do to get it out. Try pulling the bolt out with the help of a wrench (preferably a 6 point one). If it doesn’t work, try a 12-point wrench to force the bolt out.

Apart from a wrench, a vice grip is also a tool that you can use to try and pry the spinning nut and bolt out.

Another way is to use a pair of pliers or some other mechanism to hold the head of the bolt while you screw the nut out of place.

Use a Flat Screw Driver

Push the flat end of the screwdriver under the nut and try and release the nut out of its place. If you can manage to get the nut out, you can repeat this process with the bolt.

It’s Time to Bring the Heat

Use a torch to heat the bolt, just don’t melt it (you don’t want a fire hazard on your hands). The heat will cause the bolt to expand, and instead of spinning, it’ll get stuck and can be pulled out with the help of a wrench.

If the spinning is driving you crazy, you need to stop worrying about protecting the nut and bolt. Use a drill bit and drill straight through the bolt.

Alternatively, you can apply a bit of glue on top of the nut, and while it’s still liquid, stick the top of the drill bit on it. Once it’s dry, try pulling the nut out. It’s advisable to try this method out on a piece of spare plastic or some scrap metal before going straight for it on your car and ending up with at least a few hundred dollars worth of damage.

You may need to drill a small hole around the bolt to jimmy it out. The hole shouldn’t be too large (it should be around 1/8th of an inch in diameter) since you don’t want to damage what you’re trying to fix. Once you’ve drilled the hole, the bolt will no longer have a place to stay in and you can use a pair of pliers or a wrench to pull it out.

Hold the bolt in place with the help of a pair of pliers and use the hacksaw to cut a little bit off the top. This will hopefully help it come loose and allow you to pull it out.

A nut splitter is a handy little tool that you can get for around USD 10. Keep screwing the nut splitter on top of the nut till you hear an audible cracking sound. This is when you know you’ve gotten through the nut, and you can use a pair of pliers to pull the pieces out. Once the nut is out, the bolt will automatically come with it.

The main thing to be careful of with this method is that it may also end up damaging the bolt in the process.

An angle grinder cutter should ideally be your last resort. It can be used to cut the bolt head off if the nut and bolt keep spinning together. Grind the nut and bolt until you’ve completely grinded through the nut and you can easily pull the bolt out.

Grinders can be a bit tricky and dangerous to use, so just make sure that you stay in control of the grinder. You don’t want to tiny metal shard flying around!

Use an Impact Gun to Remove a Bolt that Keeps Spinning

This is another one of those fancy tools that don’t need to make it to your shed until you’re completely desperate. The power of the gun will cause the nut to rotate at a very high speed and come loose almost instantly.

What To Do If You’re Dealing With Rust

If your nut and bolt are rusted, you’ll need to use a lubricant such as oil to get rid of the rust first. Pour 2-3 drops of oil onto the bolt and allow it to soak through completely. Allow it a few moments to sink through before you start trying all the many ways to pull the spinning bolt out. If you’re lucky, cleaning the rust might help you get the bolt out without having to put in any extra effort.

It might seem like a frustrating task, but you’ll need to be a bit patient to avoid damaging whatever you’re working with. Whether you’re fixing a bolt at the back of an old sofa set, or you’re trying to fix the trunk of your car which just won’t shut, be careful not to damage the sofa itself or the paint job on the trunk.

Which Way Do Bolts Unscrew?

It is important to know which way a bolt unscrews before you decide it is just spinning or stripped. A lot of people use the “lefty loosey, righty tighty” phrase to remember which way to go.

If you aren’t familiar with that age-old saying; then just know that most items such as bolts will tighten when moved clockwise and loosen when moved counterclockwise.

You know they say “if it moves and shouldn’t use duct tape if it doesn’t move and should use WD-40”.

If you subscribe to this saying you probably already have some WD-40 on hand. Lucky for you, if bolts are rusted in place as mentioned above, you can use a lubricant like WD-40 penetrating spray to help loosen the rust.

Let it soak in a bit then you may be able to tap it gently with a hammer to get the nut and bolt to loosen. Some even believe using WD will help prevent future rust issues as well as remove a bolt that keeps spinning!